These case studies are taken from the Solidity by Example section of the Solidity documentation. We compare the original solidity code to its equivalent in idiomatic Flint, and explain both the differences between Flint and Solidity and explore the features available within Flint.

This contract aims to implement an electronic voting system, whereby designated voters can cast their vote for one of several proposals, or instead opt to delegate their vote to another participant. Voters can be designated by the chairperson, which is the ethereum address that created the Ballot contract. The winning proposal at any given time is the proposal with the largest number of accumulated votes.

In the Flint code, the Ballot contract is declared as a stateful contract, having two states, Proposing and Voting. These type states allow the behaviour of the contract to be more clearly defined, and ensure that voting will not be able to take place until all the proposals have been added, for example. The initial state of the contract will be set in the initialiser.

Solidity contracts can contain definitions for structures, which Flint does not support, as structures are defined globally instead. In addition, contract functions and initialisers in Flint are defined in separate protection blocks enclosing functions in the same contract that share the same sets of possible states and caller capabilities.

Declaring state properties of the contract is similar in both Solidity and Flint, although the syntax differs slightly. Solidity mappings compare to Flint dictionaries, declared as [KeyType: ValueType], and Flint's dynamically sized arrays are similarly declared as [ElementType]. State properties in Flint are private by default following the general private-first ideology of the language, so the visible modifier is added to all the properties, allowing the compiler to generate getter functions for each one. Flint does not presently support struct return types for external functions so only chairperson can be made visible. The public keyword plays a similar role in the Solidity code.

For voters, votersKeys, and proposals, a default value is provided in the Flint code, meaning these properties to not have to be explicitly initialised in the initialiser.

The init function in Flint must be publicly declared in a universal restriction block. This is because the state of a contract is undefined before the init function is called, and therefore accessing the type state and caller capabilities would be invalid. All properties that were not given default values in the contract must be initialised, and the state must also be set to its initial value, in this case Proposing. The state may only be set once in each function, with a become statement at the very end of the function declaration.

In Flint, the address of the external caller is bound at the start of the restriction block, in this case to the identifier caller, which can be used in functions inside the restriction block. In Solidity, the caller address is stored as a global variable, which is not as easy to use or intuitive. The address stored inside chairperson then becomes the

As Flint does not support complex external call arguments or return values, the init function does not take any arguments and simply sets the chairperson Address. Type states are used to implement an initialisation phase so that proposals can only be added before voting is enabled.

The Flint implementation of this function uses both type states and caller capabilities to avoid manual checking of preconditions. The function can only be called when the contract is in the Proposing state, and only by the address stored in the chairperson property of the contract. As it is not possible to cast a vote during the Proposing phase, there is no need to check if the Voter has already voted. Neither is it required to check the caller identity due to the caller capability in the protection block.

However, in Flint it is necessary to check if the current Voter has already been initialised manually. This is done by checking the voterWeight of the Voter, as this will always be >0 if the struct has been initialised. asserts in Flint are similar to Solidity's require function, and the transaction will be reverted if the condition given is not true.

Flint's structures have initialiser functions so the voter is added to the dictionary using Voter(1), where 1 is the voterWeight. In Solidity initialisation is optional but in Flint it is required (although not currently strictly enforced).

Delegation of votes works similarly in both Flint and Solidity. The main differences are that Flint uses caller capabilities to protect against non-voters delegating their vote rather than manual checking, the Flint code does not support chained vote delegations, and also that the Solidity code does not check the the delegate voter has been initialised.

The only type of loops supported in Flint are for loops over finite objects and ranges. It is not possible to set up an infinite loop in Flint, in order to reduce the chance of infinite loops and consequentially running out of gas, potentially resulting in a terminally stuck contract. The Flint contract therefore does not implement chained delegations, instead the delegator should check if the delegate already delegates themselves, and in that case simply delegate to their delegate's delegate instead. Since the Ballot contract specification gives that it is not possible to cast a vote multiple times no more complexity is needed. This has the additional benefit of reducing code size and therefore cost of deployment to the blockchain.

The Flint code also checks that the delegate voter has been initialised so that it is not possible to delegate to an address without the right to vote. Solidity stores the delegator as a reference in memory but Flint's struct variables are copies rather than references.

The voting functions are virtually identical in both Flint and Solidity, save that the Flint code also checks for initialisation of the Proposal.

These functions highlight the differences between returning values in Solidity and Flint. In Solidity, values can be returned implicitly at the end of a function, as their names are defined in the returns block in the function signature. On the other hand Flint requires explicit return statements at the end of functions using the return statement and a variable explicitly defined by the programmer in the body of the function.

There is also a difference in the construction of the loop, as Flint must loop over the proposals array and hold an additional index variable which is not required in Solidity.

Otherwise the code is similar in function, if not form, between the two languages.

Definitions of structures between the two languages are also very similar, with Flint declaring init functions and default values for struct members where Solidity does not but otherwise differing only in syntax. Please also remember that Flint structs are global whereas Soldidity structs are declared inside contracts.

The Wallet contract is a simple store of Ether value. The deposit function can be called by anyone and adds the value sent with the function call to the balance. The withdraw function however can only be called by the owner of the contract and allows a withdrawal from the contract's balance.

This is not actually a translated contract from Solidity by Example but instead our own contract, but it is useful to see how to manipulate value using the Wei asset.

The deposit function is marked with the @payable annotation and has an implicit argument of type Wei. Both of these things are required to receive value with a function. The whole amount of value stored in value is then transferred to the contents state property, so that no Ether is lost.

The withdraw function uses a constructor for the standard library structure Wei, taking another instance of Wei and an amount to transfer to the new structure. This smaller value is then sent back to the owner address using the send function from the standard library. w, and contents are passed as a reference / inout argument, so that the value they contain is not copied and conservation of money is upheld.

In getContents, the getRawValue function of Wei is used to get the current balance, in Wei as as Int. 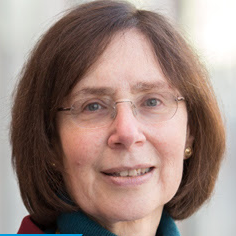